Spyderco believes deeply in helping our community, and one way we do that is through charitable partnerships and donations. We donate a portion of the sales of many of our knives to charitable causes like medical research and caring for our nation’s wounded veterans. We also regularly support law enforcement and military personnel, scouting organizations, and a broad range of community-oriented events and services. Over the years, we have supported numerous charitable organizations through sales of specific products; our current partnerships and corresponding products are noted below.

ALZHEIMER’S ASSOCIATION, COLORADO CHAPTER
Nearly 5.4 million Americans suffer from Alzheimer’s disease, a progressive brain disorder that slowly destroys memory and thinking skills. To help battle this tragic disease, Spyderco proudly donates a portion of the proceeds from the sale of every Sage Series folder to the Alzheimer’s Association, Colorado Chapter. The Alzheimer’s Association is the leading voluntary health organization in Alzheimer care, support, and research. Their mission is to eliminate Alzheimer’s disease through the advancement of research; to provide and enhance care and support for all affected; and to reduce the risk of dementia through the promotion of brain health.

The Alzheimer’s Association Colorado Chapter provides counseling, educational programs, support-group services, and a 24-hour help line to serve the individuals and families in Colorado living with Alzheimer’s disease. To date, your purchases of Spyderco’s Sage Series knives have helped us donate more than $100,000 to this extremely worthy cause. For more information about their programs and other ways you can support them, please visit http://www.alz.org/co/. 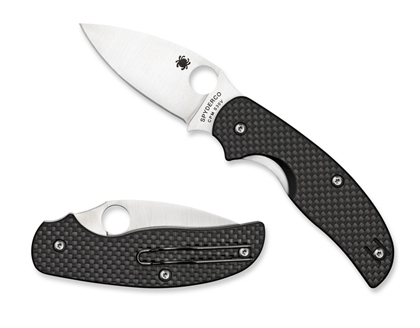 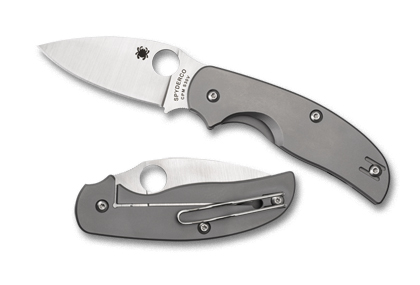 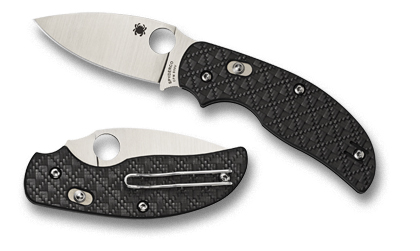 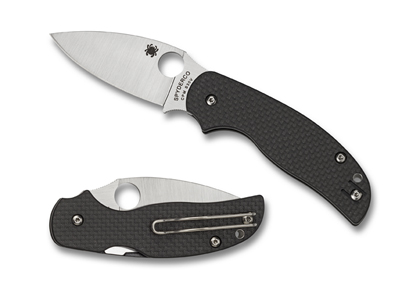 KCA has a mission to improve the health and well-being of vulnerable children, young people, adults, and families around the world, with a focus on combating the physical, social and economic impacts of HIV/AIDS.

KCA works shoulder-to-shoulder with front-line activists, global partners, and communities across the world to provide vulnerable children and young people with the necessary resources, confidence, and opportunities to reach their full potential and live healthier, happier lives.

Working on the front lines with local partners, KCA provides comprehensive HIV/AIDS treatment and prevention alongside holistic healthcare services, life skills to success, opportunities, and support for vulnerable children and women who have experienced sexual exploitation and abuse.

Together, we can ensure that all children and young people have access to the treatment, support, and opportunities they need to not only survive but thrive for a lifetime.  Spyderco is proud to support this worthy organization by donating a portion of the sales of our Watu™ model to Keep a Child Alive.  For more information about KCA programs and other ways you can support them, please visit:  http://www.keepachildalive.org/ 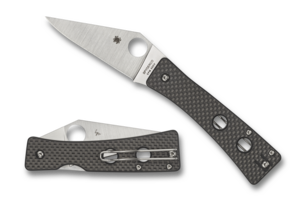 Spyderco’s pink-handled knives are much more than a novelty or a feminine fashion statement. These brightly colored versions of some of our most popular lightweight models also provide a reminder of people impacted by breast cancer and how we can support them.

Spyderco is very proud to support Living Beyond Breast Cancer by donating a portion of the sales of our pink-handled knives to this amazing organization.

Living Beyond Breast Cancer is a national nonprofit organization that seeks to create a world that understands there is more than one way to have breast cancer. To fulfill its mission of providing trusted information and a community of support to those impacted by the disease, Living Beyond Breast Cancer offers in-person experiences and on-demand emotional, practical, and evidence-based content.

Thirty years since its inception, the organization remains committed to creating a culture of acceptance—where sharing the diversity of the lived experience of breast cancer fosters self-advocacy and hope. For more information, visit LBBC.ORG or call (855) 807-6386. 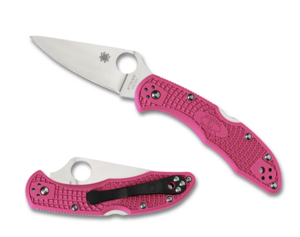 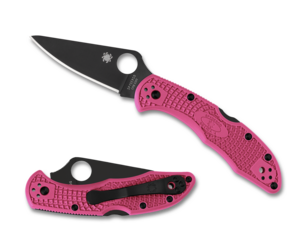 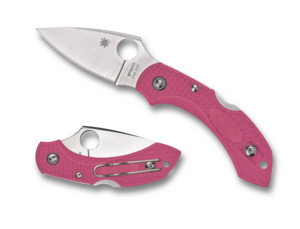 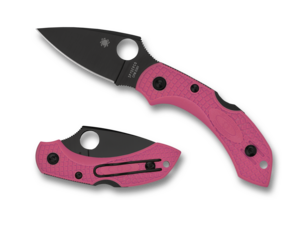 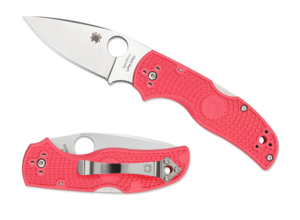 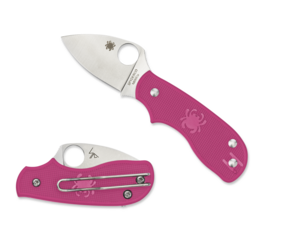 PARKINSON'S FOUNDATION®
Parkinson's disease is a neurodegenerative brain disorder in which those afflicted gradually lose the ability to regulate their movements, body, and emotions. Although the disease itself is not fatal, the complications associated with it are very serious and are collectively considered the 14th top cause of death in the United States.

The Parkinson’s Foundation makes life better for people with Parkinson’s disease by improving care and advancing research toward a cure. In everything we do, we build on the energy, experience, and passion of our global Parkinson’s community.

Spyderco is proud to support this worthy cause by donating a portion of the sales of our Mantra™ 2 and Mantra 3 knives to the National Parkinson Foundation. To learn more about the foundation and how you can help support its efforts, please visit: http://www.parkinson.org/. 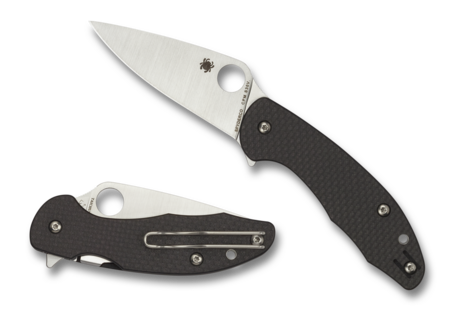 Firefighter Stephen Gerard Siller was the youngest of seven children born to Mae and George Siller. At the age of eight, Stephen lost his father, and a year and a half later his mother passed away, leaving him an orphan to be raised by his older siblings. For a while, Stephen went through a period of struggle, but thanks to the love of his siblings, and the values instilled in him by his parents, he grew up to be an extraordinary individual and dedicated firefighter. More than most, he knew that time was precious and accomplished much in his 34 years.

On September 11, 2001, Stephen, who was assigned to Brooklyn’s Squad 1, had just finished his shift and was on his way to play golf with his brothers when he got word over his scanner of a plane hitting the North Tower of the World Trade Center. Upon hearing the news, Stephen called his wife Sally and asked her to tell his brothers he would catch up with them later. He returned to Squad 1 to get his gear.

Stephen drove his truck to the entrance of the Brooklyn Battery Tunnel, but it had already been closed for security purposes. Determined to carry out his duty, he strapped 60 lbs. of gear to his back and raced on foot through the tunnel to the Twin Towers, where he gave up his life while saving others.

Spyderco is proud to support this worthy organization by donating a portion of the sales of our Thin Blue Line series to Tunnel to Towers Foundation.  To learn more about the foundation and how you can help support its efforts, please visit: https://tunnel2towers.org/ 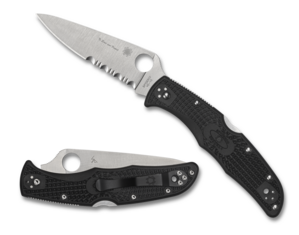 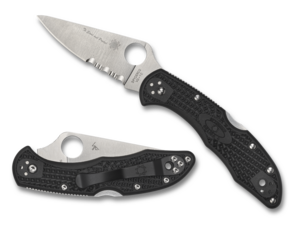 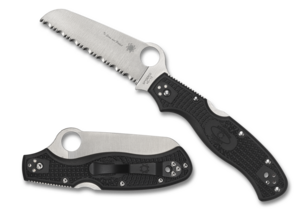 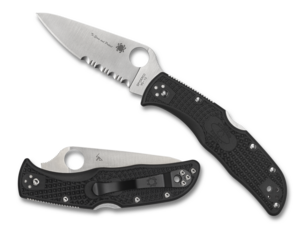 Wildland Firefighter Foundation’s main focus is to help families of firefighters killed in the line of duty and to assist injured firefighters and their families. We honor and acknowledge past, present, and future members of the wildland firefighting community, and partner with private and interagency organizations to bring recognition to wildland firefighters.

Wildland firefighters represent the diversity of the land they protect. They are federal, state, and local firefighters, private sector firefighters, interface firefighters and volunteers from rural communities and towns across the United States. Many are long-time career professionals, some much newer to the job. They’re ordinary people doing an extraordinary job, a community of committed individuals who work and train to protect our private and public lands.

Spyderco is proud to support this worthy organization by donating a portion of the sales of our Fire Dragon Coin and the Thin Red Line series to the Wildland Firefighter Foundation.  To learn more about the foundation and how you can help support its efforts, please visit: https://wffoundation.org/ 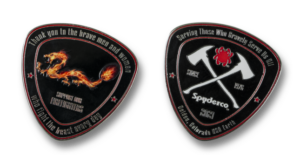 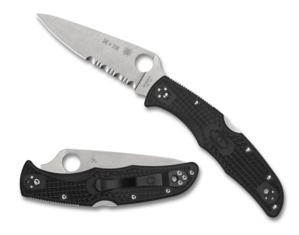 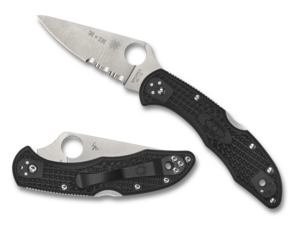 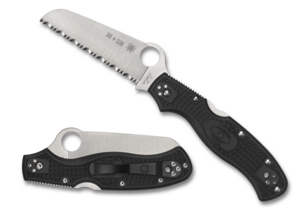 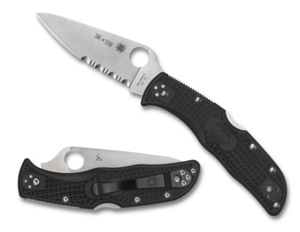