MT22 OUT OF STOCK

In the knife industry a “mule” is a sample knife used for performance testing. Spyderco’s Mule Team Series takes this concept a step further by allowing you to join in the fun. Knives in the Mule Team Series basically consist of the exact same fixed-blade pattern rendered in different steels. This ongoing project allows knife enthusiasts a unique opportunity to test and evaluate different steels using the same identical design platform. All Mule Team blades are sold without handles or sheaths and are also popular “kit” blades for fledgling knifemakers and hobbyists.

Spyderco’s twenty-second Mule Team installment features RWL 34, a "rapidly solidified powder" (RSP) martensitic stainless steel made by the renowned Swedish firm Damasteel®. RWL 34 is a variation of the 420 martensitic stainless family that contains 14% chromium, as well as molybdenum and vanadium for improved corrosion resistance, hardness, and strength. The performance of these alloys is further enhanced by the RSP process, which involves using high-pressure nitrogen gas to force the molten steel through a nozzle. Just as in the CPM process used by Crucible, this creates a spray of small spherical droplets that rapidly solidify into powder particles, drastically reducing the segregation, or settling, of the alloys in the steel to produce an extremely fine, uniform carbide structure.

RWL 34 has long been a favorite of custom knifemakers—particularly Canadian maker Brian Tighe, designer of the Tighe Stick—because of its high-performance characteristics and the fact that it is capable of taking an extremely high polish. However, it has not been used in the production of factory-made knives because it was not available in large sheets. Recent improvements in the availability of the material have changed that situation, so Spyderco quickly seized the opportunity to incorporate RWL 34 into our Mule Team Project. 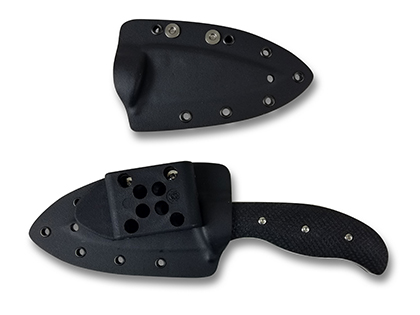 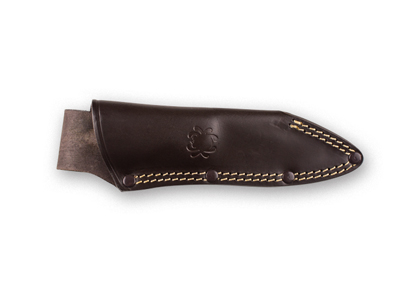 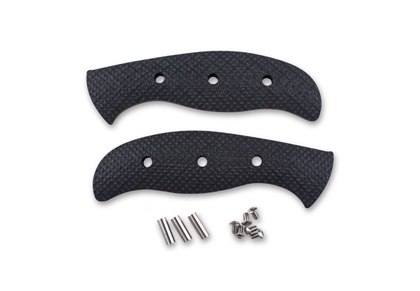